We think that life here on earth is fragile, holding on to a thin silicate crust within a fairly narrow range of temperatures and conditions. For the most part it is. Life needs a fairly stable environment in order to keep on keeping on. However, there are plenty of examples of oddballs: extremophiles, that seem to do quite well in some pretty horrible places. The recent discovery of Antarctic microbes that derive energy from air itself expands the catalogue of organisms that could have analogues on other worlds.

Venus is an example, and a good one. Analogous to Earth in size, density, gravity and composition, it differs markedly in others. No magnetic field, no water (at 0.002% of the atmosphere not worth mentioning), surface temperatures that melt lead, and atmospheric pressure ninety two times what we’re used to here. It’s horrible.

No plate tectonics. On earth we slowly sail about the globe on slabs of continental crust, which happen to be more buoyant than the thicker, denser oceanic crust. Driven by convection of magma in the mantle, crust is slowly pushed hither and thither by tectonic processes such as seafloor spreading.

To understand what this is, imagine a pot of something thick like soup or porridge on a stove top. As the contents of the pot heat up they begin to stir. Have you ever noticed when this begins to happen that as the surface begins bubbling the top layer is forced aside as new material wells up from below? This is seafloor spreading in a nutshell. Magma from within the earth wells up, heated by a radioactive core, and pushes the seafloor aside as it breaks through, forming new crust. The continental plates, perched atop this moving crust, slowly journey across the planet.

Why is this so important to life on Earth? Because our planets interior is so hot, plate tectonics (along with volcanism) is the primary means by which excess heat is released over time. If this didn’t happen, well, you wouldn’t be here reading this and there would be two Venuses in our solar system instead of one.

Venus, or any one of billions of hellish worlds in the Galaxy? Studying worlds like this gives us insights into life here on earth, because it shows just how unlivable other places can be.

For reasons unknown, Venus shut down. It’s core stopped spinning, it’s magnetic field dwindled to nothing and radiation from the sun began a process of stripping the planet of water. Water is a true miracle ingredient. Not only is it a solvent for biological processes, it’s also a lubricant for plate tectonics. Venus seized up and overheated: exactly like a car without oil will do.

A stagnant lid world is one which has no plate tectonics. Climate is seriously affected by such a situation. With no means of escape, heat builds up within, and eventually it becomes an exo-Venus: scorching hot.

Researchers looking at the issue of habitability on exoplanets have looked at the implications of a stagnant lid regime for the possibility of life. Whilst it would obviously be different to life on earth, other factors can lend habitability to a planet.

These other possibilities are exciting indeed. I’ve been exploring astrobiology through images, producing a bunch of pictures. They will be appearing over the next few posts, so I hope you enjoy them. They’re doing well on Instagram! 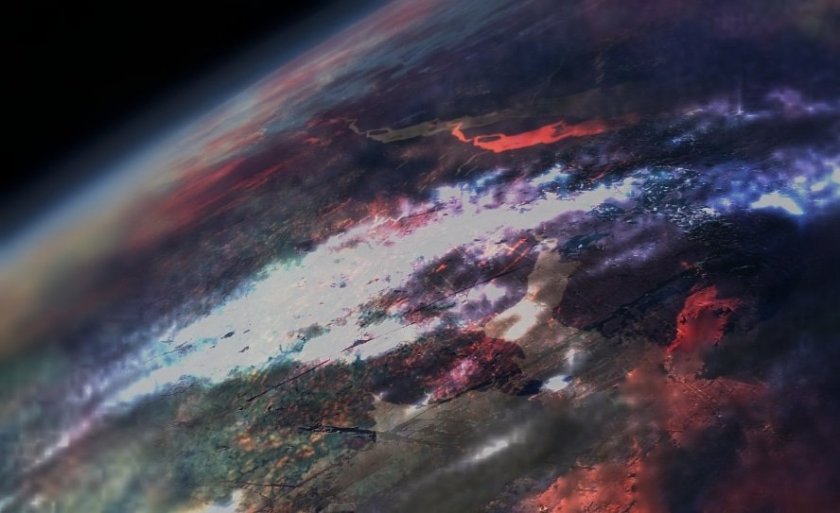 Thank you for reading the ramblings of a space nerd. The universe is just too intetesting to ignore.

Check out my channel!

The Universe in Plain Human

The Universe in Plain Human

Blurring the lines between poetry and prose

Restraining Government in America and Around the World

An Unwavering Love of Comics

Writings on science, philosophy and beyond

Why Evolution Is True

Why Evolution is True is a blog written by Jerry Coyne, centered on evolution and biology but also dealing with diverse topics like politics, culture, and cats.

The law of radiations disposition

Grand Strategy: The View from Oregon

Grand strategy and geopolitics from the perspective of the Pacific Northwest

Science fiction and other stuff

Where art, delicious food, and world travel are incorporated into the home with a feminine twist!

Your Source For The Coolest Science Stories

Astronomy, space and space travel for the non scientist

A blog authored by the natural history illustrator Beth Windle.

Exploring the archaeology in (and of) video games.

Its all about Cooking ...

A blog full of humorous and poignant observations.

snapping up tasty tidbits of science

Universe On Tap
POETRY FROM THE LAB

Myths of the Mirror

History with its flickering lamp stumbles along the trail of the past...

A space enthusiast, engineer and a curious homo sapient. Yeah, that’s pretty much it.

Archaeology -- Pseudoarchaeology -- School -- The good, bad, and the ugly about life in the trenches and life as a student

Museums of People // Libraries of the Dead

a woman trying to make sense of science

A new perspective on an old question.

There's Something About Science

Micro Girl in a Micro World

On a mission to captivate the world with physics, one particle at a time.

Tales of humour, whimsy and courgettes

Dopamines
In My Stride

An Island In the Sea of Mystery